KURS: THE HABOUR, THE HILL, THE LAKE, THE SQUARE, and THE TREE is a collaboration between five different Art Museums in the Zealand Region.  The exhibitions are independant  with individual themes, but with a shared framework: They all relate to  the denzentralized location and the geographical settings for each of the museums. The themes are rocognizable elements in the general landscape, but alsoe specific in relation  to the individual art museumThe Hill.

The White Mound is a site specific work. It is 3 m in diameter and 1,5m high.It is cut in 6 mm mass wood. At this exhibition it is hanging form the ceilingand placed in one end of the room. On the wall is a small text, in line. The mound itself consist of sentences of words in virtucal line, telling a short story and in the horizontal line, words is spread out, randomly. On the floor is a lot of flakes and with a scull out places at the ground in the center of the mound. 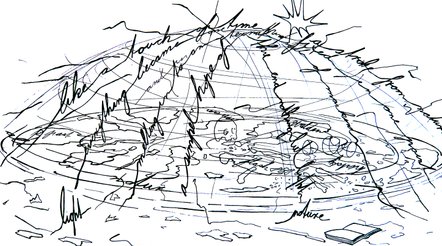 01 Sketch drawing for The Mound. 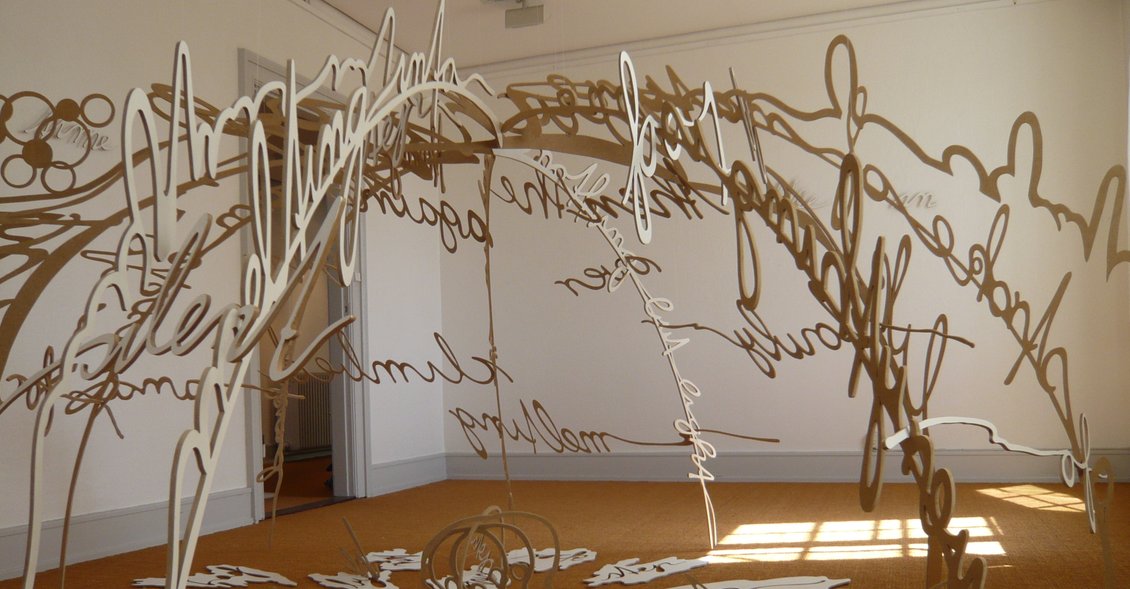 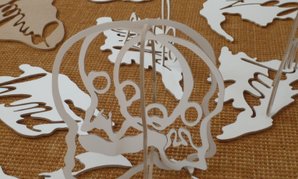 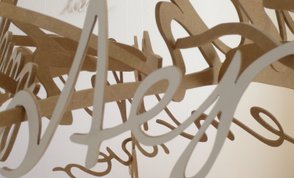 03 Showing a close up view, of the schull on the floor.

04 A view of the words placed upon the mound,showing the white front and the natural backside of the words 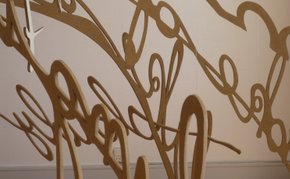 05  Showing the back side of the words ,making them more shadow than light.

02  View of The Mound at the site specific place. When looking of of the window at the exhibition, it is possible to see the famous mound, in the landscape.With The White Mound it makes a  line from the museum to the sea.

The White Mound is a white representation of a real mound, that consist of dirth and stones. A place for people to be burried in anscient time. A dark place and an ultimate thing in life, a fix point and a situation which is always present. In the project I take out, all the natural elements of a mound. The soil it is build of, the heavy weight, the darkness. I wanted to create a mound, corresponding with this icon by doing a complete opposite and reversed edition of a mound. Changing the image of a mound into a white version, with a leight poetic and ephimeric character. Doing it with words only, to reveal all ballast in time and earthly matters. When the spectator read the words within him/herself, walking around the mound, gazing at the white and dark side, it becomes like an inner hymn and rime, like saying a prayer, whispering a name or a resitation. Something you just cant avoid doing when reading.Then sound and inner voice is being a part of it all.

The shape of a mound also represents the human scull, the flackes that has fallen into the mound is fragments for the outer scull, where only words remains. The mound, bringing up death, but in the perspective of death as white light. 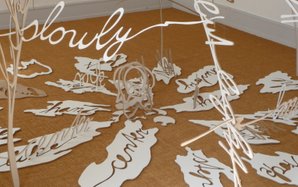 06 Looking down into to the mound, showing the flakes around the scull in the center. 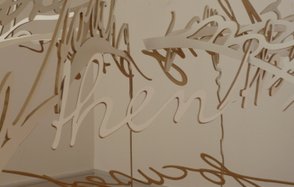 07  Close up look at the  white side of the mound. 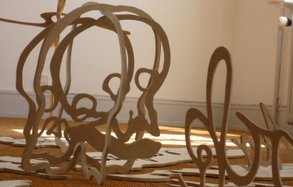 08 The scull close up on the floor. The scul is cut so it look like more than one scull, show from different sides.

The Text of THE MOUND: Like a touch of time - a stroke of nature - everything becomes one - melting into an eternal - scull of mankind - and in the end - nothing but light. 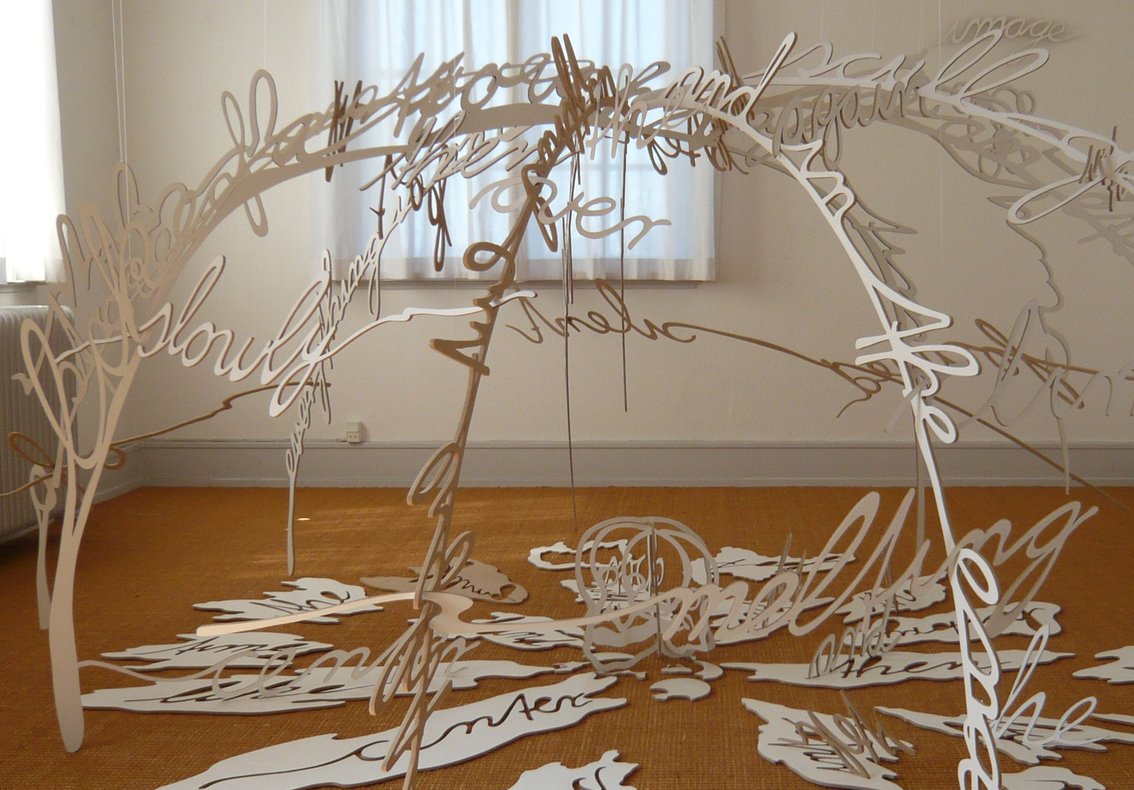 09 A view from the other side of the mound. From the window at the left, the viewer will be able to see a straight line to the anscient mound near the coast.